An inspiring account of Christina Santhouse, who went on to become a Speech Pathologist. 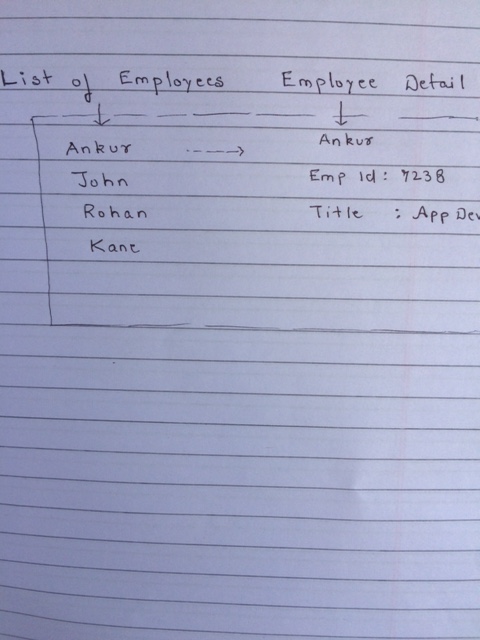 It’s time for you to start with a new App. We will call this one EmployeeApp

In this Video you will see how to create this App Project. In the coming Tutorial Posts you will learn about Back Stack, Fragment Communication, Fragment Transaction Manager and More.

Source Code for this App : https://github.com/ankur-srivastava/EmployeeApp

Sharing a short video in which I talk about my Journey and why I chose to learn android.

The advantages of using a ListFragment are:

Now that you have created an Activity and a Fragment chances are that your Activity needs to talk to the Fragment.

Like your Activity may need to send the Fragment some data, say List ID. And using this ID the Fragment will display details.

To refer to a Fragment you cannot use the findViewById method.

In order to reference a Fragment in an Activity we use FragmentManager.

Follow the Video to learn more. You can view the Source Code here. 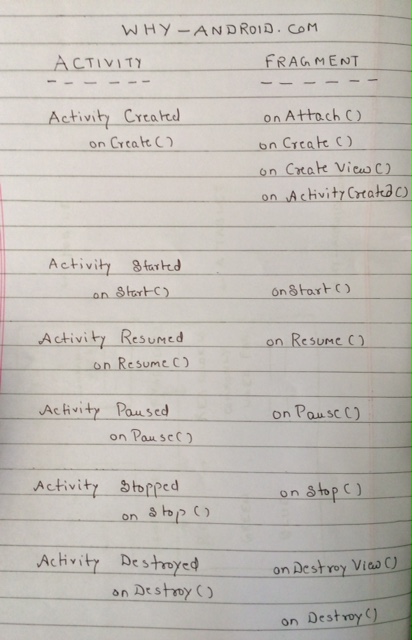 By now you should be familiar with the Activity Lifecycle looks like. If not don’t worry in this short video I will recap that also.

The Fragment Lifecycle is quite similar to the Activity Lifecycle. If you observe you will find that the Fragment has five more Lifecycle events.

The difference is at the time of Creation and when the Fragment gets destroyed. 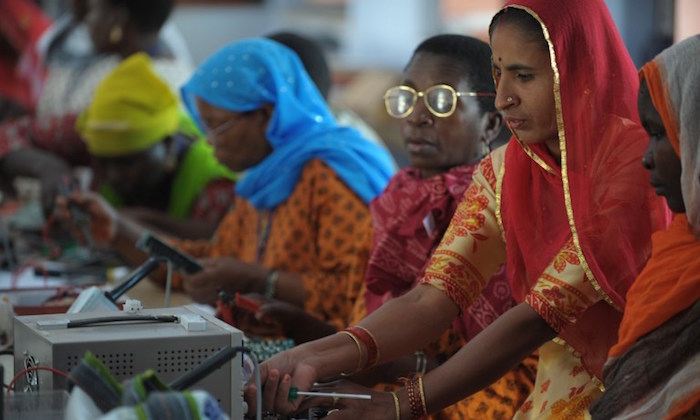 Bunker Roy is the Founder and Director of Barefoot College. His dream was to establish a Rural College in India that was built by and exclusively for the poor.

How Barefoot is trying to solve the Electricity Crisis in India

The School trains Barefoot Engineers – people from Rural areas who don’t get Electricity.

This is done using color-coded parts and hands-on lessons. After six months at the peaceful campus in the northwestern state of Rajasthan, the new technicians return to their home villages, bringing with them solar power equipment and know-how.

While these systems offer only the most basic amenities of modern life, they also bring independence from India’s dysfunctional national power grid.

The Barefoot College began its pioneering work to bring off-grid solar power to India’s villages in the 1990s.

The program initially enrolled men, but these students proved disinclined to return to their villages once they had marketable skills.

When the school began recruiting grandmothers instead, the program took off. This very literal campaign of rural empowerment shows the untapped potential of women.

Despite being uneducated they have the skills and the intelligence.

You can read more about this initiative here

In the last Tutorial you learnt about Fragments and why to use them.

Using a Fragment with an Activity is pretty simple to start with. You need to add the fragment attribute to the activity layout file. Follow the short video to know how to do this.

Refer to the code here 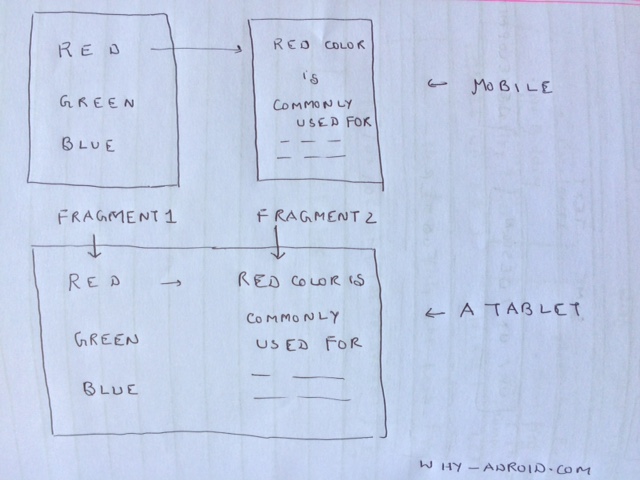 In the following Video I explain how Fragments can help you address code reusability using a Mobile and a Tablet scenario.

By now you should be familiar with a ListActivity and how to use this to display items.

So what happen’s when a user clicks on an item. How can you handle that ?

The good news is that you don’t need to use an EventListener. You can simply override onListItemClick method.